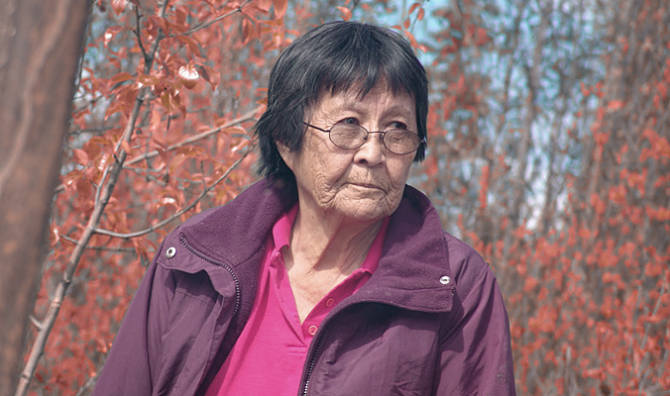 What the Keyoh means – by Sally Sam

FOLLOWING IN HER GREAT-GRANDFATHERS FOOTSTEPS, IN 2008 SALLY WROTE ABOUT HER KEYOH

First of all, I know that I am part of the land. When we were small, we lived in Maiyoo Keyoh with our parents. We lived there all year round. Even though I now have my own family in Fort St. James, I would rather be out in the wilderness.

I would rather be in Maiyoo Keyoh. The wilderness, where I grew up, is like a magnet to me. There is a pull to be back there. When I am back in Maiyoo Keyoh, I feel like I am right at home, because it is my home.

We always try to take care of the land. We do not allow anyone to do any logging or any brushing or weeding. The logging of the land just damages and destroys the land.

In the logging of the land the animals and their habitat is destroyed. The creeks and streams, the rivers and lakes are polluted. Because of that, the fish are all disappearing. There are no more animals or fish when the land is destroyed. And this is God’s land. We are just God’s custodians.

Because we have this respect for the land, when we kill a moose, deer, beaver, grouse, or ducks, we use it for food. We share what we
kill with the rest of the family. We are very careful; we do not
waste.